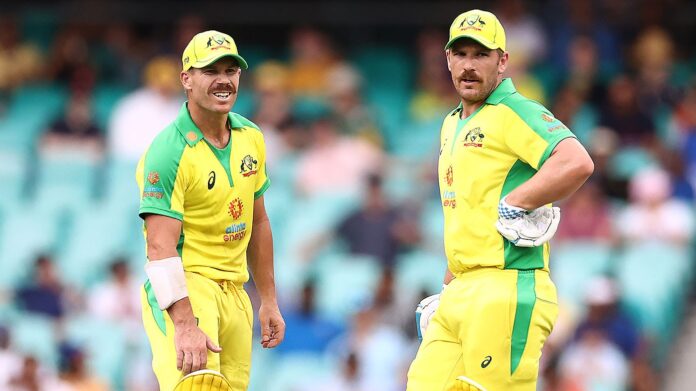 The Australian cricket team has always held us in awe with their play on the field in every tournament.  Their team as old as the game has always had their name in golden letters in almost every series, from Ashes to T20 World Cup going on right now.

With their game honed into perfection during the Indian Premier League which wrapped up only the previous month, the big players of the Australian Men’s Cricket Team are ready to take the field by the storm in the T20 World Cup series as well and have already won against Sri Lanka and South Africa and lost one to the team of England.

They won one of their warm-up matches against New Zealand but they lost the warm-up match with the Indian Cricket team. However, the other teams have also come with their best game on, and therefore, there are various factors that the Australian team will need to consider during the ICC T20 World Cup.

All the features of this team and their chances on the pitch as they walk out of the pavilion to play against some of the strongest teams for one of the most coveted trophies of this sport on the soil of the United Arab Emirates and Oman.

Australia sure has their bowling attacks covered since they have some of the most formidable bowlers like Josh Hazlewood, Pat Cummins along with some more strong bowlers like Kane Richardson, Daniel Sams, and Nathan Elis.

Their new ball attacks are polished and Cummins is an expert for important overs when it is time to get maximum wickets. Their spin and slower bowling have also been honed to perfection with practice and they pose a major threat to other teams.

They have more star players in the team as well such as captain Aaron Finch, David Warner, Steve Smith, and also Glenn Maxwell who had a wonderful inning in the IPL matches.  All these batters are known to have a great score in T20 matches

Consistency of the middle order of the team is not really the best when it comes to the Australian team as compared to other teams competing in the T20 World Cup.

Marcus Stoinis can play well under stressful conditions but he is inconsistent and can not be counted on for every match.

Matthew Wade who bats and plays the role of the wicketkeeper might not be able to play his best game in the middle order. He plays his best when he is in the top order. The pressure is on Maxwell and Stoinis who have a lot of burden on their shoulders to finish strong their batting in the match.

Australia has some of their best players returning on the team for the T20 World Cup.  The lead players like Warner and Finch along with Smith have a chance to shine again on the field.

These players can seize this opportunity to put up their best game in the short format of this sport as they already dominate the longer matches like ODI and test cricket series.

With strong bowling and star players, the Australian team has a chance to present their best game in this series and their performance will allow them to plan the upcoming tournaments as well as the individual players for their franchises.

Finch as well as Smith have only recently recovered from their injuries and need to be careful under the scorching heat of the Middle East. Also you have to be careful while choosing them in your fantasy cricket team.

They are also up against some of the most formidable teams in group 1 like England to whom they lost a match. The batting order is heavy but if they miss the rhythm, it can cost them the whole match.

The Australian team has many opportunities in the T20 WC and it will be interesting to note how well they tap the strength and cover for their weaknesses during the matches.