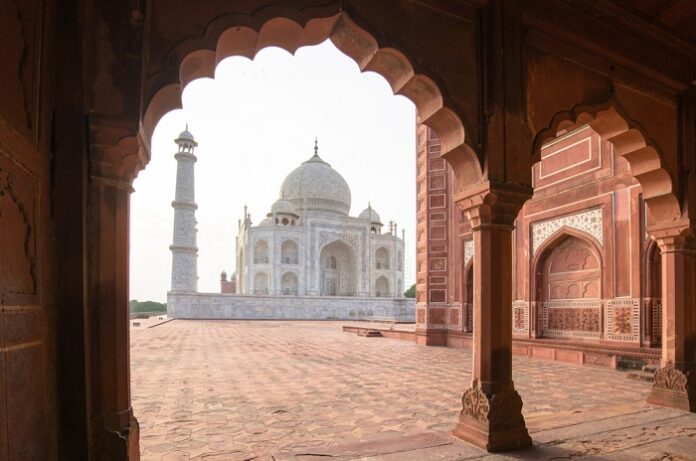 Would you like to explore India’s immense beauty, culture, tradition and taste delicious delicacies through a single trip? Then consider the golden triangle tour.

The tour usually starts from Delhi, the capital city of India, and covers a distance of approximately 700 kilometers. You will then move to Agra and Jaipur.

So, if you are scheduling a vacation, then why not consider having a luxurious vacation? So, book your golden triangle India tours with LIH Travels and cover the most fascinating and the best places to go on the golden triangle tour.

Here are the tourist places on the golden triangle tour you will encounter. These are merely a short brief on the list of places, and the actual tour will cover more beautiful places.

A magnificent archway, which stands in homage to the brave soldiers who gave their lives to protect the nation, India Gate is one of the iconic landmarks in Delhi. It was constructed using sandstone. Moreover, the 42-meter high gate was one of the very first gates of its kind in the capital city of India.

Additionally, the walls of the gate engrave the names of the 13,516 soldiers who lost their lives on the Northwestern Frontier in the Afghan conflict in 1919.

Moreover, India Gate is fringed with lush, well-maintained grasses, making it a popular family picnic spot. Moreover, the ideal time to visit the monument is at night when the monument is illuminated by warm golden light and sparkles in the dark, starless night.

The Red Fort lies along the banks of the Yamuna river that were utilized to take care of the canals around the fortress. The entire fort reflects the artistic brilliance and creativity in Mughal architecture.

Agra Fort is a UNESCO World Heritage Site and is one of the best models of Mughal architectural style in India. Also, the Agra Fort is at the bank of River Yamuna and is just 2.5 kilometers away from the Taj Mahal. The fort comprises of red sandstone. From above, the fort reveals the shape of a semicircle.

Moreover, it is surrounded by huge double battlemented walls constructed of red sandstone. The walls measure about 2 km long and 70 feet high.

Taj Mahal is the most significant attraction in Muslim art and is among the most sought-after masterpieces of art. “The Taj Mahal is one of the most impressive architectural feats across the entire spectrum of Indo-Islamic architecture.

Its renowned architectural beauty features a rhythmic blend of convex and concave voids and solids, and lighter shadows, such as domes and arches, improve aesthetics.

Additionally, the color combination of a lush green scape, the reddish pathway, and blue skies shows the structure in a variety of shades as well as moods. Relief work done in marble and inlay of semi-precious and precious stones makes the monument stand out.

Amber Fort is among the most-visited places to visit on the golden triangle tour. Moreover, the fort is a beautiful example of Rajput architecture, and its location atop a hill overlooking the city of Jaipur makes it even more impressive.

Further, visitors to Amber Fort can explore the many rooms and courtyards of the fort and even take a ride on an elephant up to the entrance.

Additionally, the fort is also home to several Hindu temples, which are worth visiting even if you’re not particularly religious.

The Hawa Mahal is a five-story beautiful palace built in the 18th century. The palace comprises red and pink sandstone. Moreover, it is one of the most beautiful examples of Rajasthani architecture. Hawa Mahal was built so that women from the royal household could attend street celebrations while remaining unnoticed by the general public.

Moreover, the windows feature intricate latticework, and the palace has numerous patios, balconies, and terraces.

The Hawa Mahal is also home to some of the most beautiful views of the city of Jaipur. It is a Rajput-style palace featuring 953 windows and boasts Rajput architecture.

Further, the Hawa Mahal is a popular tourist destination on the golden triangle tour and one of India’s most photographed buildings.

The City Palace is an extravagant palace complex. Additionally, the palace complex houses many of the most exquisite Rajasthani architectural and artistic instances. This complex has an art gallery that houses the collection of items belonging to the family of royals.

Jantar Mantar is an astronomical observatory built in the 18th century by Maharaja Jai Singh II of Jaipur.

It consists of large instruments designed to measure a specific astronomical phenomenon. Additionally, the instruments at Jantar Mantar comprises of stone and marble and are massive in size. The largest, the Samrat Yantra, is a sundial that is 27 meters (90 feet) high.

Further, the instruments at Jantar Mantar are still in use today to make astronomical observations. They are also popular tourist attractions.

Gurudwara Bangla Sahib is popular for its beauty and importance in religion and its stunning architectural design. This is a must-visit place on your golden triangle tour.

The massive temple structure itself, an art gallery, and a modest museum that focuses on the background of the Sikh religion are also notable. Visitors are always welcome, and the huge Gurdwara Kitchen provides a delicious dinner at no charge. All that is vital of you is to cover your hair and take off your shoes (free headscarves and shoe storage are accessible).

So, these are some of the best places to go on the golden triangle tour. Don’t forget LIH Travels to book your holiday package if you plan for a luxury India tour.

Top 5 Hotels In Dubai That You Must Not Miss!