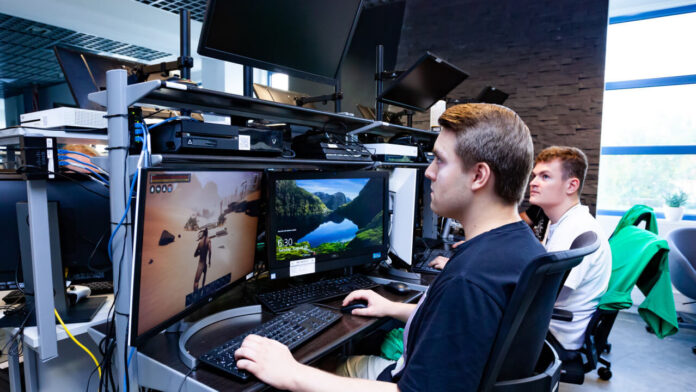 If you are a game developer or run a business that is in any way related to the video game industry, then you have likely heard of game testing services. These services are designed to help developers make sure that their games are bug-free and have no major issues before they are released to the public. While it may seem like a small thing, game testing can actually be very beneficial to your games and your business.

In this blog post, we will take a look at what game testing services are and how they can benefit your games.

What Is a Game Testing Service?

Game testing services like Game Round are companies that help video game developers test their products before release.

The testers work with the developers to identify any bugs or glitches in the game, and then provide feedback on how to fix them.

In many cases, the testers will also suggest ways to improve the game’s gameplay or level design.

Because of the important role that they play in ensuring the quality of a game, game testing services are often used by major studios and independent developers alike.

While some testing services are employed on a full-time basis, others work on a freelance or contract basis.

There are a number of benefits that game testing services can provide to your games.

1. Game testing helps you identify and fix any glitches in your game before its public release.

If you were to release a game without testing it first, you would likely receive a lot of negative feedback from players about any bugs that they encounter.

This feedback can be extremely damaging to your reputation as a developer, and it can also lead to poor reviews and lower sales.

By testing your game before release, you can avoid this problem altogether.

2. Game testing services give you feedback and insight that help you improve the overall gameplay.

Game testing services can also help you improve the gameplay of your game.

The testers will play through your game and provide feedback on what they liked and didn’t like.

This feedback can be invaluable in helping you make tweaks to the game before release.

In some cases, the testers may even suggest completely new gameplay mechanics that you hadn’t considered before.

All of this feedback can help you make your game even more enjoyable for players.

3. Game testing services can save you time and money in the long run.

If you were to try and test your game yourself, it would likely take a very long time.

You would also have to pay your employees to test the game, which would add even more to your costs.

By hiring a game testing service, you can get your game tested more quickly and efficiently.

Game testing services are a valuable asset for any game developer. They can help you identify and fix bugs in your game, improve the gameplay, and save you time and money.

If you are serious about making high-quality games, then you should definitely consider hiring one for quality assurance testing.