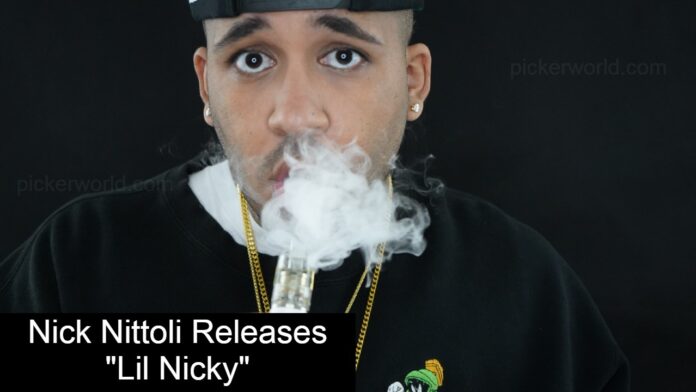 Rapper, Producer, and Songwriter Nick Nittoli was signed to Warner Chappell Music Publishing in 2018, and has since been writing and producing for all genres of artists as well as releasing his own music which has now led to a full-time career in the music industry as an artist. Nick Nittoli might be recognizable as he was a late runner in the episodic tv series Platinum Hit in 2011.

Since then, Nittoli has made a name for himself writing, and producing for artists like Snoop Dogg, French Montana, Neon Hitch, YG, Bianca Ryan, and many more.

Nick Nittoli has recently been politically involved as well as this past summer BBC asked him to host an online interview where Nittoli was asked what he thought of current president Donald J Trump. A busy man none the less, “Lil Nicky” is a turn towards a bright horizon of trap infused-melodic fun for the once Platinum Hit star.

He has returned to the front of the stage to deliver a blossom of 13 songs on this album, all of them produced written and performed by the man himself. The album which was released on Oct. 31 has 2 singles so far “Name Drop” & “Dead Faces” both of which have a bit of a dark and moody overtone. Themed with the sounds of screaming in the background and aimless scary voice quotes at the ends of songs, this album will do more than give you the creeps.

Nittoli has a way of blending his voice in a few of the songs that grasp you and are sure to leave you humming a tune. Every song is catchy and complimented with a beat that drives you. Grab your copy of “Lil Nicky” today. I enjoyed this much more than the Adam Sandler movie, that is for sure!

5 Side Business Ideas For Womens In 2022

5 Pros and cons of Real Estate Investments in 2022