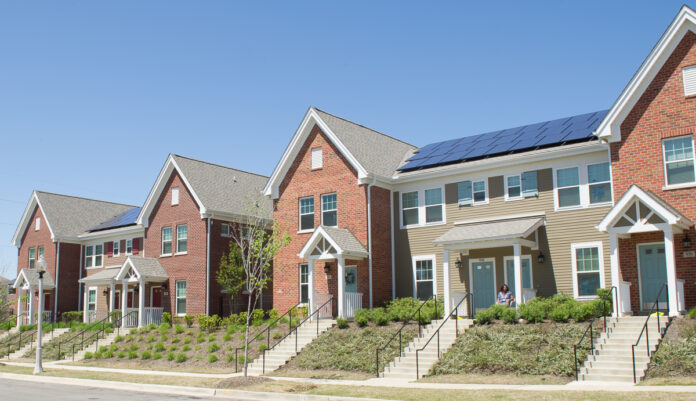 In most cities across the country, there’s a rising concern regarding the availability of affordable houses for buying or renting near the workplace of a middle-income worker. The cost of living is rising rapidly, but the wage is not increasing with that rapidity. Again, there are only limited Workforce housing options to choose from in the area they work. So, the obvious thing to do for these workers is to reside in the outskirts of the region and commute to their workplaces daily. This practice has led to the development of a series of other issues like long travel hours, higher levels of traffic, and many more.

If you are a person who follows the news regarding housing policy and advocacy by the government, planner, or other concerned organizations, you surely would have come across the term “Workforce Housing.” But have you ever thought of knowing what it is and why people are referring to the term while talking about affordable housing? This article will try to give you a brief idea of Workforce Housing as perceived by Maxwell Drever, a renowned real estate developer.

The term is defined as housing affordable to people who earn medium wages. Middle-income groups of people like the health care workers, police personnel, firefighters, clerks, teachers, and the like are usually the target group of workforce housing. ‘Housing Choice Vouchers’ and ‘Low-Income Housing Tax Credit’ programs are two major programs that are concerned with addressing affordable housing needs. People who require workforce housing do not always qualify for these two programs.

Between the 1940s and 1990s, buying or renting a house was not an issue for the middle-income group of workers as the wage was more or less sufficient to cope up with all the costs of living. But in the 2000s, a great disparity between the income and the costs of living started to develop. It led to a housing crisis for this group of people. Thus, Maxwell Drever has rightly observed that the middle-income groups were left with fewer options to rent or buy a place near their work area.

There’s a high demand for housing, and the availability is minimal. It has led to a hike in housing prices, and it has gone beyond the reach of middle-income people. Local governments are trying their best to cope with the problem by implementing new strategies like creating a housing trust fund, repurposing empty lands, utilizing the lesser-used retail spaces, allowing single-family homeowners to rent or build other dwelling units, etc.

Raising awareness among the people is crucial and probably the first step in solving this rising workforce housing issue. The governments are well aware of the concerns. They must initiate strategies that will serve the middle-income workers. Only then the problems of workforce housing can be curbed.
If you are looking for new Plots in Bhiwadi then you can visit Unversalhomz.