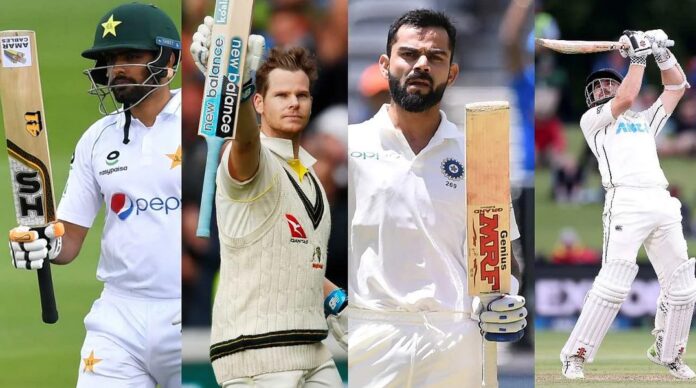 The International Cricket Council, ICC is the world’s only governing body of international cricket. ICC is responsible for organizing cricket tournaments, among which ICC world and T20 world cup are the most popular ones. ICC ranks players and teams based on their performances. The ranks may be changed after every tournament. There are different cricket formats, including test cricket, one-day international cricket (ODI), and test cricket. Therefore, the ranking system is different for each format. This article is about the top 10 test batsmen in 2022, declared by ICC.

Joseph Edward Root, popularly known as Joe Root, is an English cricketer. Joe Root was born on December 30th, 1990. Root has played in almost all the cricket formats, including Test, ODI, and T20. He also formerly captained the England test team. Joe also represents Yorkshire in domestic cricket in England. Root made his test and T20 debut in 2012: however, he participated first time in ODI in 2013. Root is still playing for the England national team, and because of his excellent game skills, he has occupied the 1st position among the top test batsmen in the world in 2022.

Marnus Labuschagne is an Australian professional cricketer who plays for the Australian national cricket team. As well as this, he also represents Queensland for Australian domestic cricket. He is also a well-known player, who plays county cricket for Glamorgan and Big Bash League, BBL. He was born on June 22nd, 1994. He is best in both bowling and batting. However, he plays in almost all the cricket formats, such as test cricket, ODI cricket, and T20 cricket. However, his excellent skills and outstanding batting performance have made him the 2nd best batsman among test cricketers.

Frank Dimuth Madushanka Karunaratne, commonly known as Dimuth Karunaratne, is a professional Srilankan cricketer. He plays for Sri Lanka national cricket team. He was born on April 21st, 1988. He is an outstanding batsman and is currently serving as a captain of the Srilankan test cricket team. He is a left-handed batsman, and his fantastic batting skill brought him to the list of the top test batsman in the world.

Once again, we come up with an Australian player who has occupied a central position among the world’s top 10 test batsmen of 2022. Yes, we are talking about Usman Khawaja. Usman Khawaja is a professional Australian cricketer who represents Australia and Queensland. He was born on December 18th, 1986. He is enlisted at the 7th position among the top 10 test cricketers of the world. He is still playing, and you will see him in the upcoming cricket series or tournaments.

Australian players have made wonderful performances in the field of cricket. We can take this idea from the fact that Travis Head is the 4th Australian player who is listed among the top 10 test batsmen in the world. Travis Head was born on December 29th, 1994. He has occupied 9th position among the top test batsmen. He is a left-handed batsman who plays in the middle-order. Although, occasionally, he does also do right-armed spin bowling.

Virat Kohli is an Indian cricketer – well-known for his excellent batting. His batting skill has allowed him to get the 10th position among the top 10 test cricketers. Virat Kohli was born on November 05th, 1988. He is a right-handed batsman, and besides serving himself in the Indian national team, he also plays in the Indian Premier League, IPL.