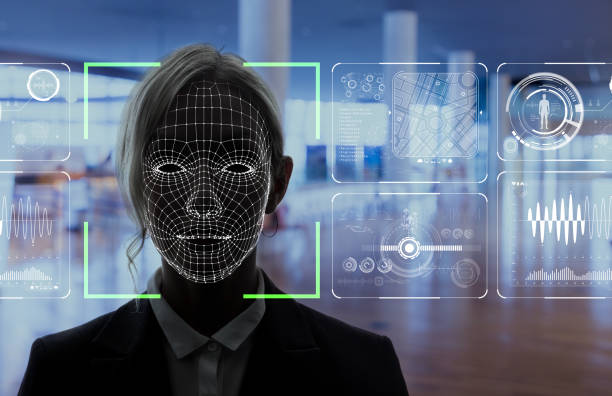 Everyone is aware of the perils of face recognition since the clear view affair. However, facial recognition technologies are capable of far more than just identifying people through surveillance cameras. Today, AI systems are employed in a variety of applications, including surveillance, smartphone security, and door locks.

What is face recognition?

Face recognition is a technique that uses a person’s face to identify them. Face recognition can perform by comparing a person to a single image of that person or a library of images of a variety of people.

In a short period of time, facial recognition systems have become commonplace, for example, to unlock smartphones, apps, and even doors. Law enforcement also uses facial recognition tools to track down those on a watchlist. Face recognition is already used for surveillance in China, and it has also been used to follow people who engage in protected speech in the United States.

How does face recognition work?

Face recognition systems work by acquiring a two-dimensional or three-dimensional image from a camera device, depending on the device’s properties.

These ones examine critical data from an incoming image signal in real time in a photo or video database, which is significantly more dependable and safe than data obtained from a static image. Because the information is hosted on servers and not on the capture equipment, this biometric facial recognition technology requires an internet connection telecom.

It analyses the incoming image mathematically without any margin of error in this face comparison, and it confirms that the biometric data matches the individual who must use the service or is requesting access to an application, system, or network.

Face recognition systems can work with the highest levels of safety and reliability thanks to the application of artificial intelligence (AI) and machine learning technology. Similarly, thanks to the integration of multiple algorithms and processing techniques, the procedure can be carried out in real-time.

How accurate is face recognition?

Supporters of facial recognition claim that it is required to protect against the most serious threats, such as terrorist strikes and human trafficking. Regardless of such claims, face recognition is now primarily utilized for petty offenses such as stealing or drug sales for less than $50.

Face recognition has been heavily criticized, particularly for criminal prosecution, because the system is prone to errors.

According to the EFF, facial recognition errors might be either “false negatives” or “false positives.”

“A “false negative” occurs when a face recognition system fails to match a person’s face to an image that is actually saved in a database. In other words, the system will return zero results in response to a query, which is inaccurate.”

“When a face recognition system matches a person’s face to a picture in a database, but the match is inaccurate, it’s called a “false positive.” When a police officer submits a photo of ‘Joe,’ the system incorrectly informs him that the photo is of ‘Jack.'”

For example, when Amazon’s facial recognition software was being tested in 2018, the programme wrongly classified 28 members of Congress as persons who had been arrested for committing a crime.

While AI systems improve with time, the usage of facial recognition remains a challenge.

Is face recognition a surveillance tool?

Face recognition is not only a surveillance technique; it also allows for complete and absolute surveillance of everyone, anywhere.

While proponents of the technology maintain that it is dependent on how businesses and governments use it, the possibilities for abuse are endless.

It doesn’t take much imagination to envision a world where cameras are installed at every turn, watching our every step and instantly matching our faces to a database to know who is where at all times. The right to privacy is lost in such a world, and mass surveillance in the public domain is unavoidable.

Everyone’s photo in China’s 1.4 billion people has ended up in a facial recognition database. In China, there are hundreds of millions of surveillance cameras, and the number is growing – all to accomplish China’s dystopian monitoring fantasy.

Artificial intelligence-based online facial recognition has a lot of possibilities. However, adopting these automated processes as a self-contained tool poses a risk. Whenever a person’s personal rights are in jeopardy, more human analysis is required. Online face recognition, on the other hand, is a useful tool for making work easier and more efficient in most cases.