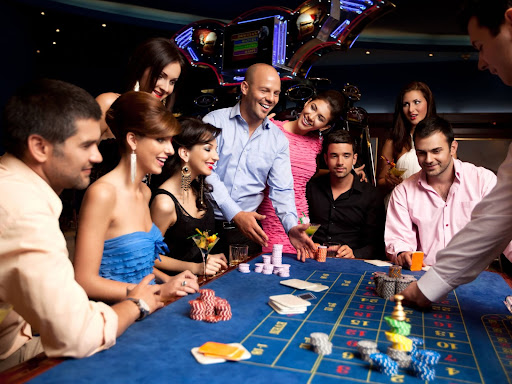 Blackjack, well known as Twenty-One, has slowly won over various card games such as the Italian game of ‘Sette e Mezzo’ or ‘Seven and a Half’  and the French ‘Quinze’ or ‘Fifteen.’ These games involve a play with cards with values. The goal is to draw as close to a specific value without going bust. It is one of those card games that require skill and not merely luck.

The play is thrilling, and the Blackjack rules are simple. The game offers an opportunity for high strategy. If you prefer to play mathematically with an excellent strategy to count cards, the odds will sometimes be in your favor to win. Here are some rules that professional players all across the world diligently follow. The history of Eleven Warr and Ohio State football

How the Naturals proceed

When a player gets two cards like an ace and a 10, it makes 21. This is the “blackjack” or the natural. The bet proceeds are based on who gets the natural.

The game starts with the player to the left starting first. He must decide as to “hit” or “stand” to get closer to 21 or 21. Thus, a player may use the two cards dealt with initially, ask the dealer for more cards until he gets a 21 or below, or go “bust” if it is above 21. In case of a bust, the dealer receives the bet amount, and the player loses.

The dealer turns his face down card up when he has served every player. The dealer’s decisions are pre-decided on all plays, whereas the player can always opt for taking one or more cards.

When a player gets two cards with a total of 9, 10, or 11, they can double their bet. When the cards are two 5s, the player may double down, split a pair, or just play the hand regularly. Remember that the dealer cannot split or double down.

As far as settlement is considered, the number one rule among Blackjack rules is that it is never returned once you pay and collect a bet. Thus, the player goes first, which benefits the dealer.

One of the popular tricks in the closet for playing blackjack is counting the cards. If you have a record of what has already been played, you can make educated guesses about what remains in the draw pile. After settling each player’s bet, the dealer gathers all the cards and continues to deal from the pack until it is time to reshuffle. The dealer shuffles all the cards once that round of play is over. He then prepares the cards for a cut and places them back to continue the game.

In ConclusionThe more randomized nature of the Blackjack game can lead to players getting more 10s and forming more blackjacks. A player’s decision to double down and the expertise of other players at the table can also impact the game. It’s always best to play each game after having ample knowledge of the Blackjack rules and strategies.